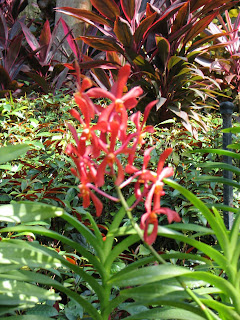 The tragic shooting of Gabrielle Giffords, and murder of John Roll and five others, on January 8th has triggered what Carl Hulse and Kate Zernike term a “wrenching debate over anger and violence in American politics.” Hulse and Zernike suggest that “inflammatory language, threats and implicit instigations to violence have become a steady undercurrent in the nation’s political culture” and a National Public Radio stream suggested that Loughner’s website, as well as Sarah Palin’s facebook page, functions as evidence of these violent tendencies.
“Vitriol” and “anger” have become hegemonic terms in the last few days, with Arizona being its spatial metonym. However, this raises the question, are terms like words “vitriol” and “whack job” and “zealots” and “ultra-conservatives” productive terms to map out a phenomenon that might be indicative of something more than party politics? Is the concern about vitriol or is it a much longer lasting anxiety about the relationship between emotionality and reason?
An easy way to address this issue might be to say that national discourse is becoming increasingly hysterical and that we should move back towards language rooted in cool rationality. A trickier reading strategy could be to acknowledge that “vitriol” is just one of a range of emotions, and “media websites” like Palin’s facebook profile and Loughner’s website are not causes for violence but rather expressions of already held sentiments. It would necessitate taking emotion seriously as an inevitable and important aspect of politics (and reasoning) and avoiding labels like “zealot” and “crazy” that exile those persons from the realm of political discourse, putting them outside of reason and outside any sphere for relevance.
In the Ethics, Spinoza deals with a similar fallacy as our contemporary vitriol-scare: that emotions are defects of human nature. As a corrective Spinoza argues that emotion is part of being a living being with a body, and is not normatively good or evil, only good or bad based on the kinds of actions produced. This insight is instructive for us: instead of condemning “vitriol” as an a-priori demon we must contextualize it within a range of other emotions, think about which emotions receive public uptake , and consider whether or not such emotions can be channeled into productive actions at all. Emotion is an inevitable part of political discourse that needs to be a legitimate matter of public discussion, not an id-like form that ghosts the margins of our collective consciousness.