This weekend I had the opportunity to return to Chicago for the annual Meeting of the Styles festival. Following the event since 2010, I am always glad to return to this sort of multiple-block-party as my friend Outlet put it nicely, finding old friends and new people to learn from about the history and present of the graffiti movement in Chicago.

There have been some important changes since the last MOS I attended in Chicago in 2012 (I was out of the country in 2013). The community has lost some of its graffiti family, including Dwork, Brooks Golden, Shadow, and others. There have been some incremental gestures of recognition on behalf of the city, particularly in the 2013 Paint Sticker Paste show at the Chicago Cultural Center. And yet,  fines for illegal graffiti have gone up in the multiple thousand dollar range, as Venom, Komed, and other writers explained to me, making the importance of legal venues for writing even more important.

And so, MOS continues to occupy a kind of liminal space between the underground and the visible, where writers can have a space to discuss their history and concerns about their art's future with colleagues and volitional family from across the sprawling city that is Chicago. 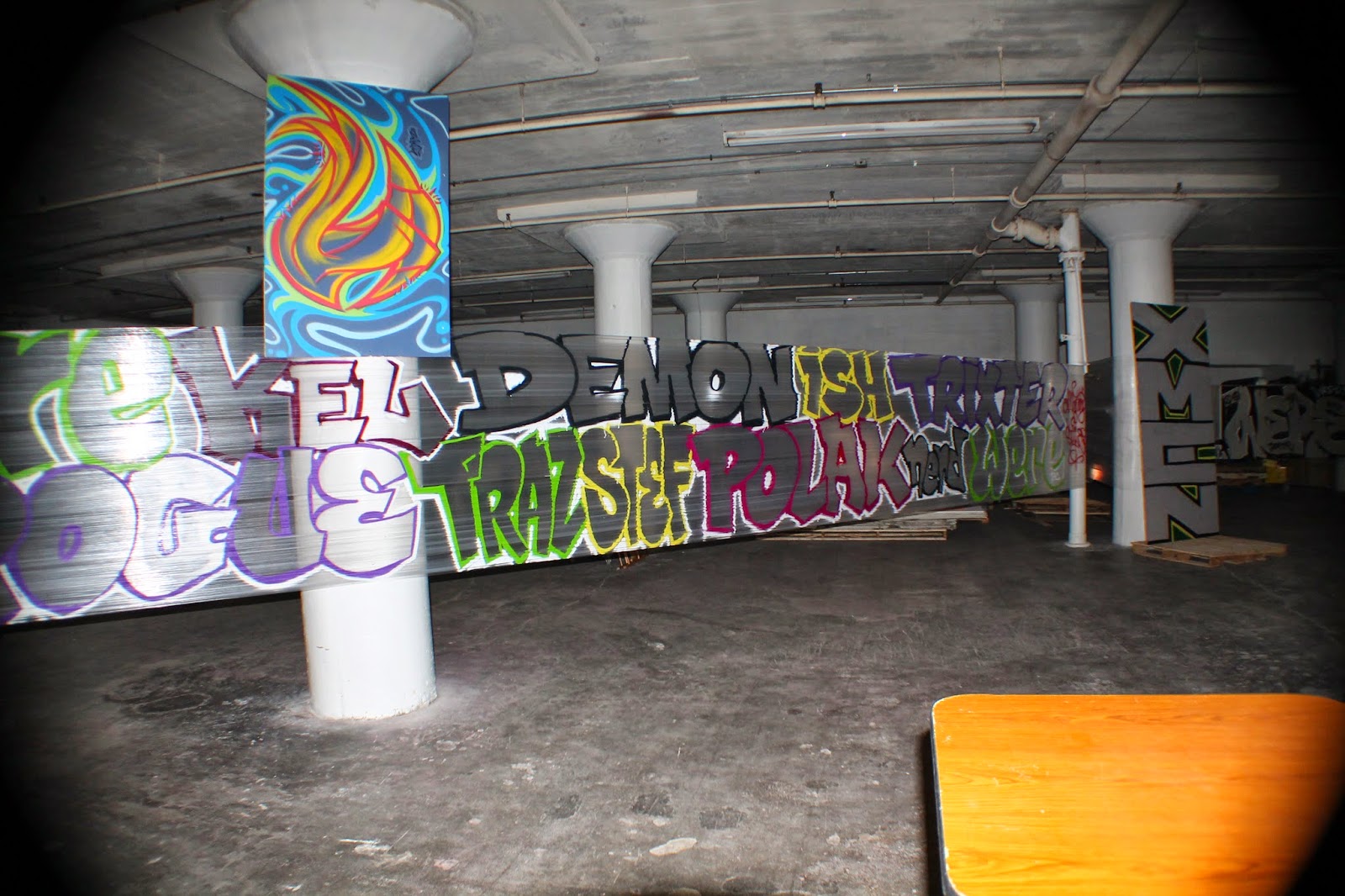 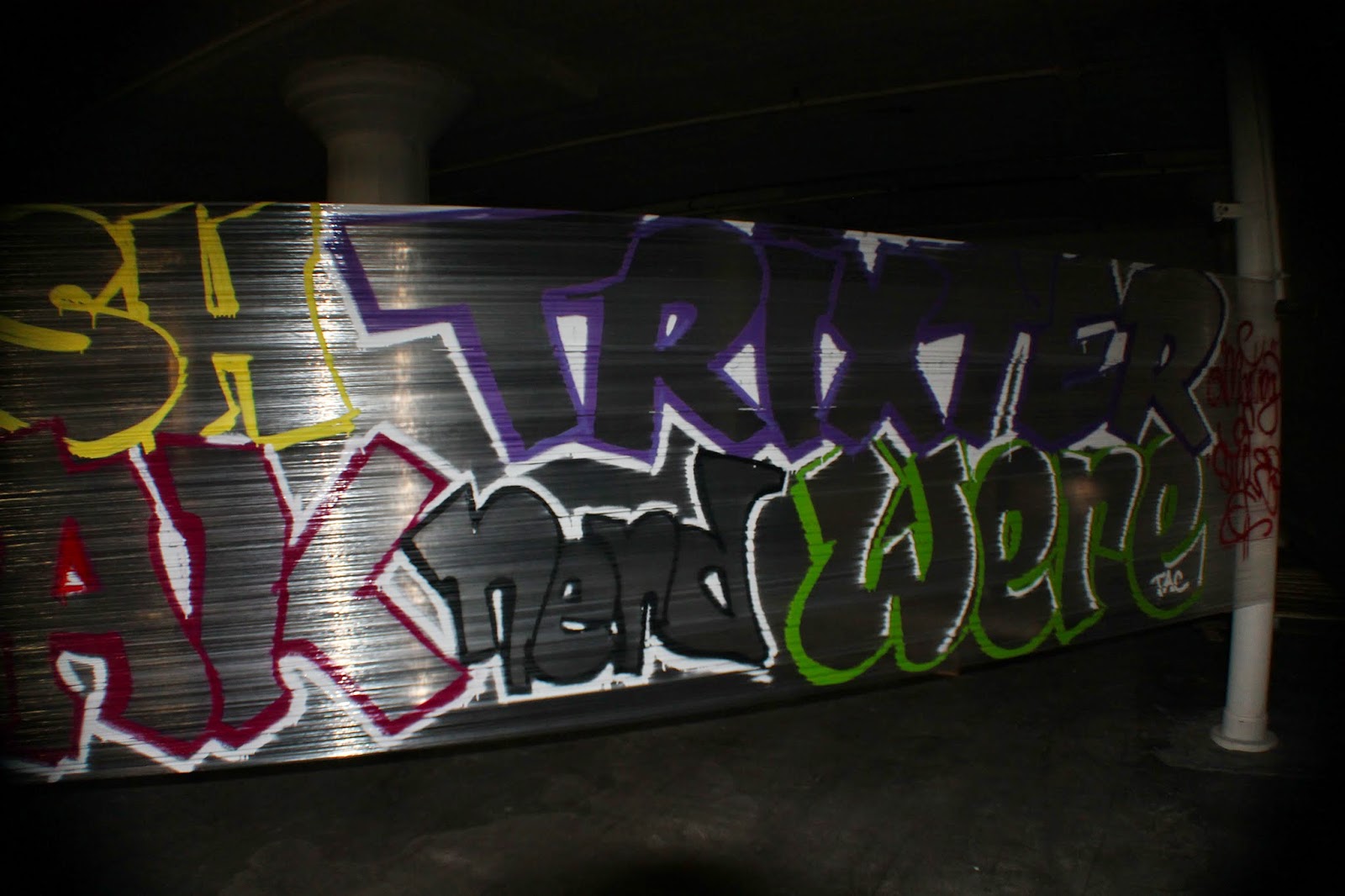 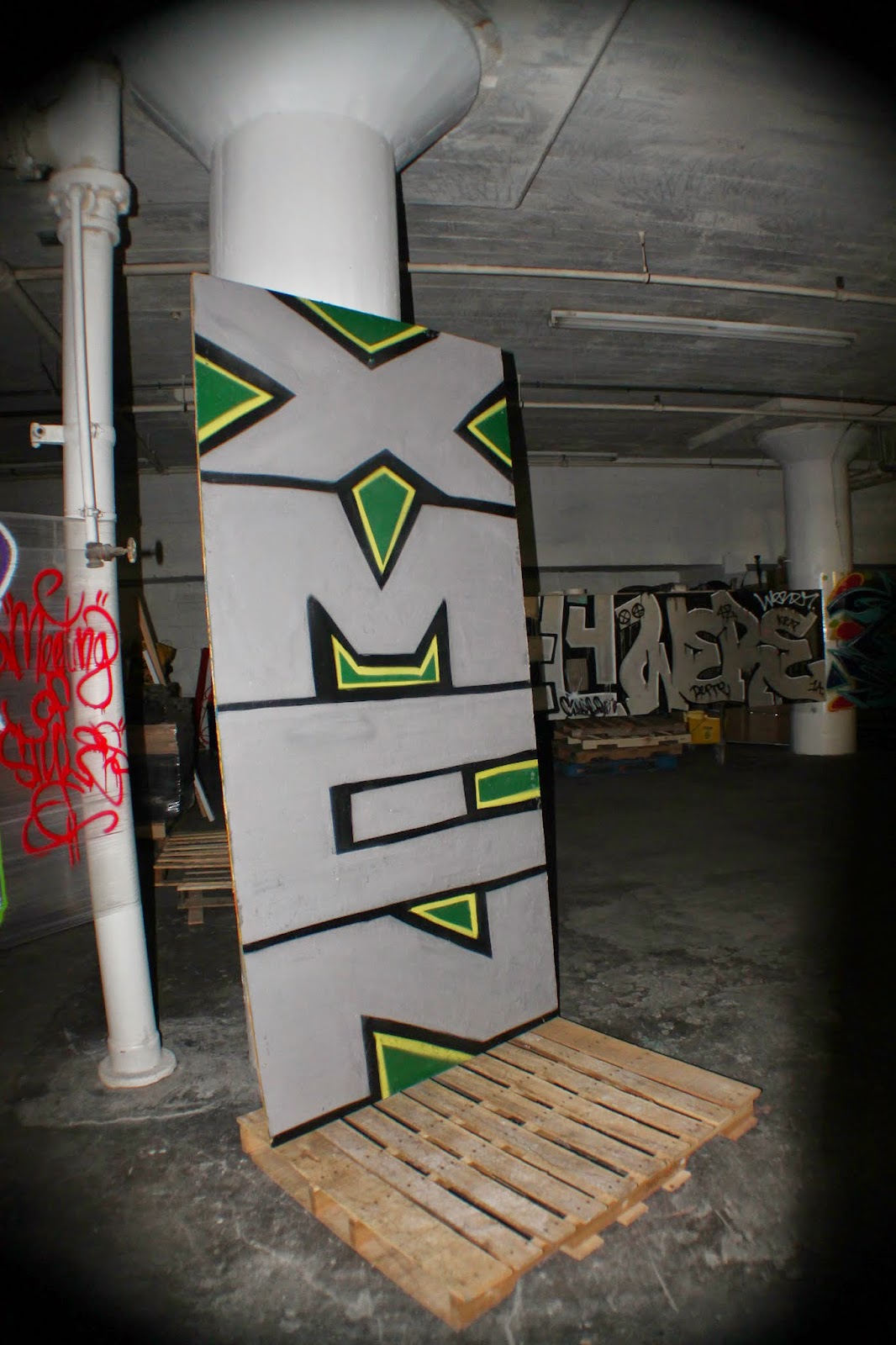 Taking place September 11 to September 14th, it was kicked off with a party at Gallery Bar, with signature cocktails named after MOS and some of the international writers, such as the Mexist from Mexico and Bolivia, and live rap. The sleepy eyes and hoarse voices I encountered the following night attested to the fun that was had at Gallery Bar. The gallery show on Friday at 1500 S. Western Ave in an actual warehouse, a bright spot of noise and color between blocks and blocks of silent buildings and parked trucks, offered an interesting display of canvas, photography, mixed media, and cellograff works, accompanied by DJing, and rapping, including free styling by Juice. GRIME TIME and Stef Skillz shirts were on sale, and beer and food was plentiful. Despite the abysmal weather, a kind of constant cold misting, many folks turned out, and danced, rhymed, and caught up with old friends. Most of the rapping was about MOS itself, or graffiti more generally, telling a history of each rapper's relationship with graffiti and hip hop, how it is a way of life, and a world of intimacy.

Day one of painting I didn't get to see all of the walls. Instead I had the opportunity to catch up with old friends, seeing Demon and Zore flit around with organizational duties, as well as Keath Sodapop, watch Hek, Stef, and the rest of the XMen crew plan out their "Malificent" themed mural, and Statik, Genie, Rome, and the rest of RK Design lay down outlines and initial characters for a post-apocalyptic robotic/alien universe. I learned that AIM (and old school NYC writer who as active in writing on trains from the beginning), along with Opik, Phor, Susan of Art Crimes, C3PO, Christina (art curator and event coordinator), were part of a national mural tour creating commemorations of Shadow, graffiti writer and Spike Lee's recently deceased brother, the making of which was being recorded and then sent back to Lee to be used in a future documentary. This strange simultaneously local and national enactment of mourning at MOS, which, has an annual theme, but one that is only loosely followed by most participants, created a different kind of energy. This work, and by extension, this snapshot of MOS is going to take on a life of its own as part of another visual filmic project that extends beyond the graffiti and likely will reach a large audience of non-graffiti writers as well as graffiti writers. Whether it will raise the public profile of MOS, or just position MOS as background remains to be seen.

My first oral history session was with Mexist (MX-Bolivia), whose style is colorful, dynamic, wildstyle but without too many swirls and dips. He was also making a female character with a bandera that ultimately read: "Basta la violencia contra la mujer!"/"Stop violence against women!" A theme he often draws on in his work at home in Boliva to confront endemic domestic violence. He became involved in graffiti por curiosidad, because of curiosity, seeing a good deal of it in Toluca where he grew up, and always interested in calligraphy and hand styles. He does more political work in full visibility, once painting in front of a colegio/grammar school, where after school may of the children brought him drawings they had done. Through this practice, he also is able to educate the young about political issues. I was able to meet El Diablo, from Paris, and Luco, from Italy, though both were too busy to chat.


Back at Crawford I had the opportunity to talk with Susan from Art Crimes about the crucial role the online archive has played in connecting writers across the world, and its future role for art historians, because, due to its history and breadth, it will enable art scholars to understand the stylistic trends that form the basis for future styles. This online "curating" is one Susan engages in carefully and ethically. She takes every possible caution in protecting writers' identities, from eliminating identifying information in digital photographs themselves, to waiting several years before publishing anything on a passenger train, cautioning writers not to send her things that may put her in danger. This ethic of careful archiving is apparent in her passion for the activity, and the commitment she had to learning how to judge quality of graffiti as graffiti writers would judge it: cleanliness, innovation, composition, letter structure, etc. Founded in 1994, Art Crimes was the first of its kind, presaging a wave of graffiti writers assuming careers in graphic design and web design.

I also met Opik who had been part of a panel on Friday at the National Veteran's Museum of Chicago where they discussed graffiti as a kind of therapy for PTSD. Opik is also part of the group making the Shadow RIP mural. I talked to Picaso as well, an old school Evanston writer, who talked about the importance of graffiti for youth to have alternatives to violence, and also what it is like "shaking the rust off" and getting back into painting, "practicing against drywall" in his basement before getting back to walls. He also mentioned the strong influence NYC writing had on Chicago writers in the 1980s. Finally, I met with old school legend, Trixter Feds, who discussed not only his stylistic evolution, but graffiti's potential role as a kind of information system: a visual embodiment of our technological age, and explained that arts preservation (virtual or physical) is one of the key issues facing the graffiti community. 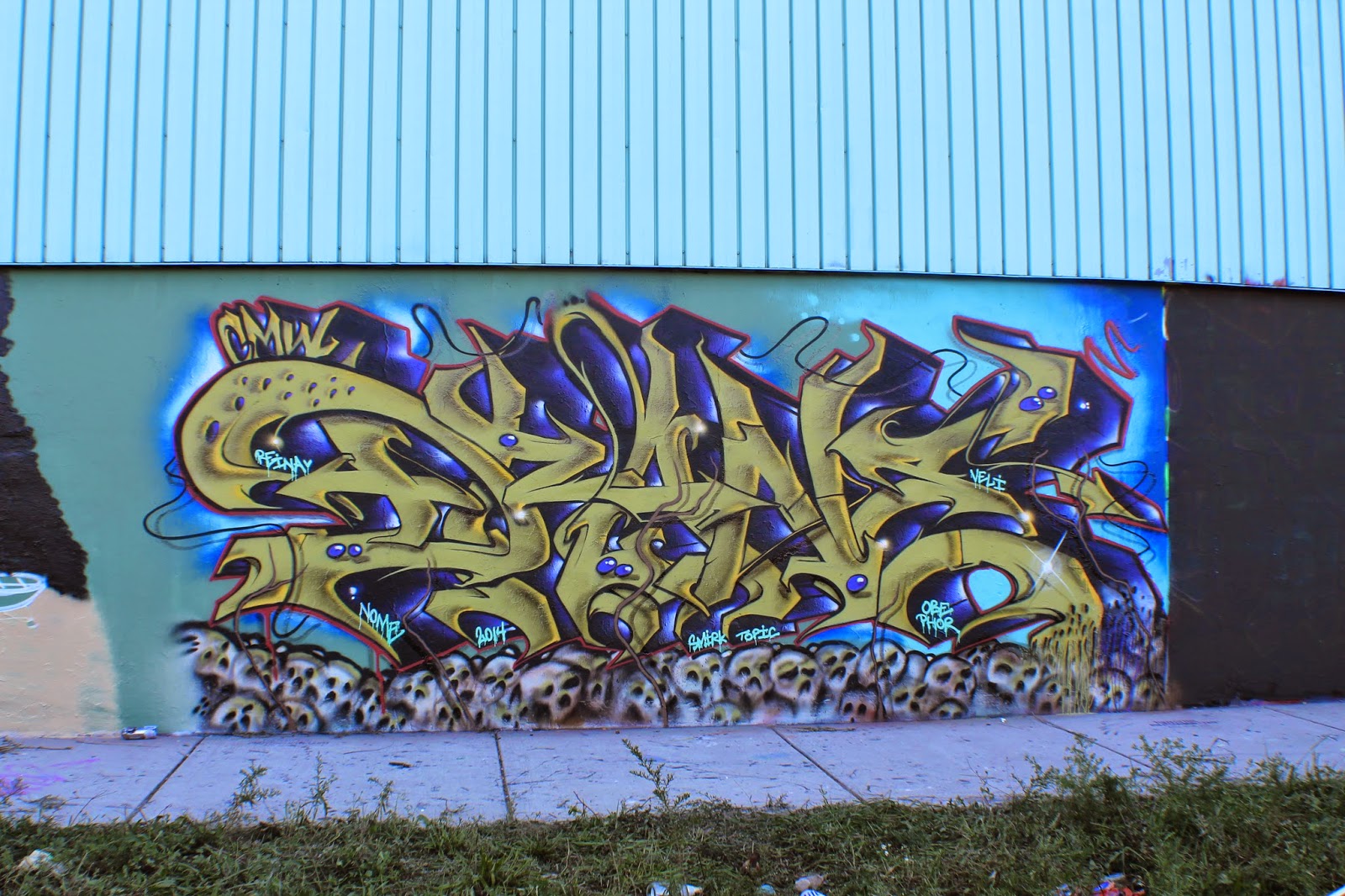 Day two was quieter, perhaps because of the Mexican Independence Day celebrations, or from fatigue from partying. Even so, there was some magnificent work done. The Wall of Style was nearly complete, as well as the 36th and Albany wall, including a detailed post-apocalyptic alien/robotic universe by RK design as well as pieces by Momentum Art. Around the corner, a complex maritime scene was taking form with large burners, pirates, mermaids, and ships.

Across from that was the finished RIP Shadow mural, the creation of which was filmed from 10am onwards.

I visited the 27th and Kedzie wall, which had gotten a bit of a later start so pieces were at a midway point. I spoke with Komed, who pointed out the way that the "Rules of Graffiti" letter at Crawford offers a sharp encapsulation and representation of graffiti ethics.

I chatted with Rese, of UB or UBC crew, who had pioneered by creating a proto-facebook forum for graffiti writers in the late nineties, a space that "lots of people [say] made them friends" in the real world. Moreover, his style was distinct: clean, with an interesting almost smoke-like background. I talked to Bel of KCM about the increasing visibility MOS has in Little Village, with "more and more" families visiting, and yet, Venom of J4F expressed a sense that in some ways, it is less dense and occupied that it used to be. My final discussion was with Phor/Keath Sodapop, who underlined the critical role that graffiti plays to create a sense of belonging and feeling "special" for writers. 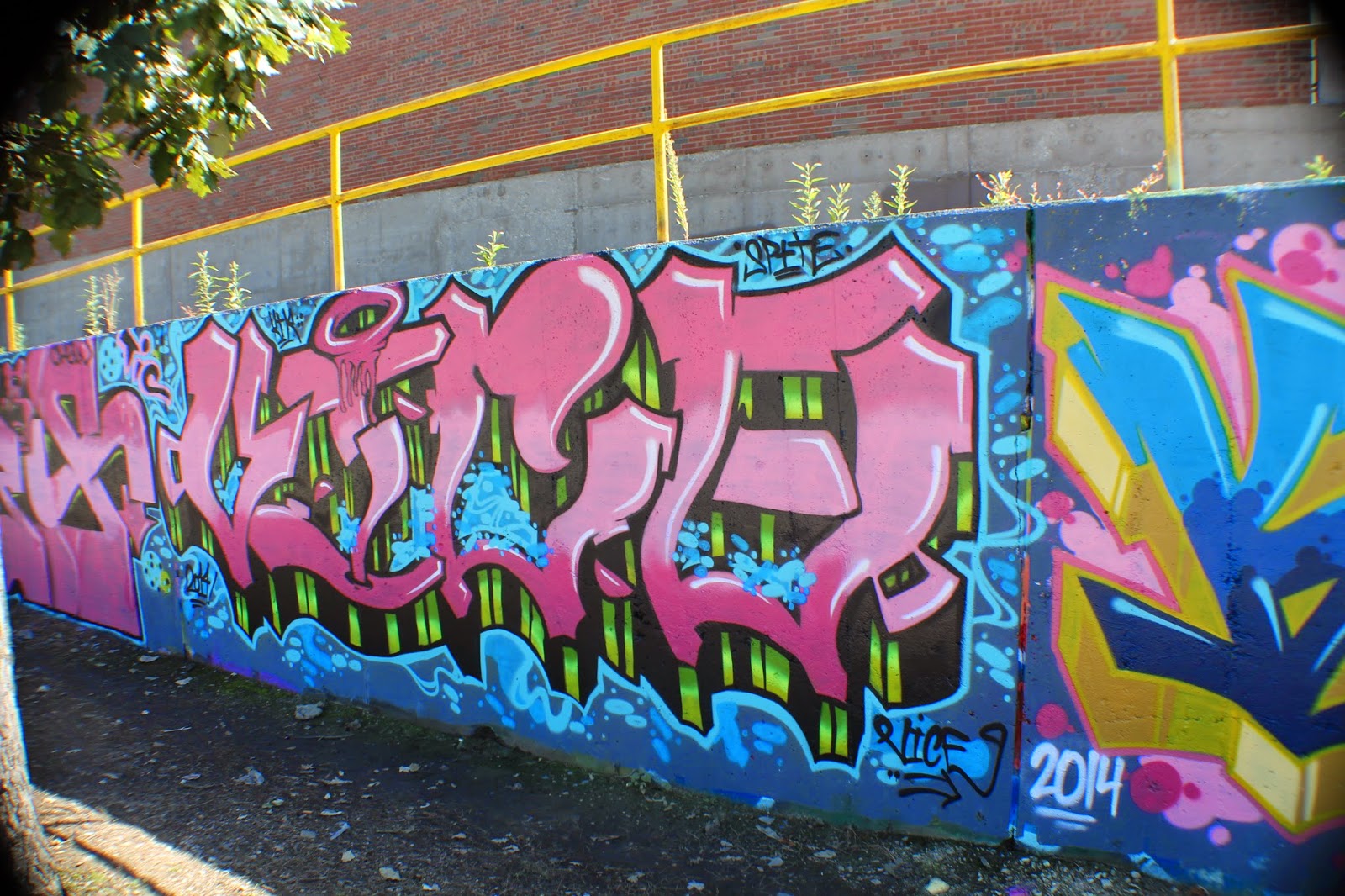 Although graffiti still fights negative stigma, outright police prosecution, and limited access to public space, Meeting of Styles continues to be a sort of laboratory for innovation, recombination, and the exchange of styles. It is still a space for mentorship, for care between old school and new. And, importantly, as Trixter helped me formulate "like the scene in Pleasantville when things go from black and white to color," it functions to warm up industrial landscapes and literally mark the complex human interactions that happen on and around such monumental blocks.

I am extremely grateful to all the folks I got to meet and talk with this weekend, as well as the tireless efforts of organizers Demon and Zore. Big ups. 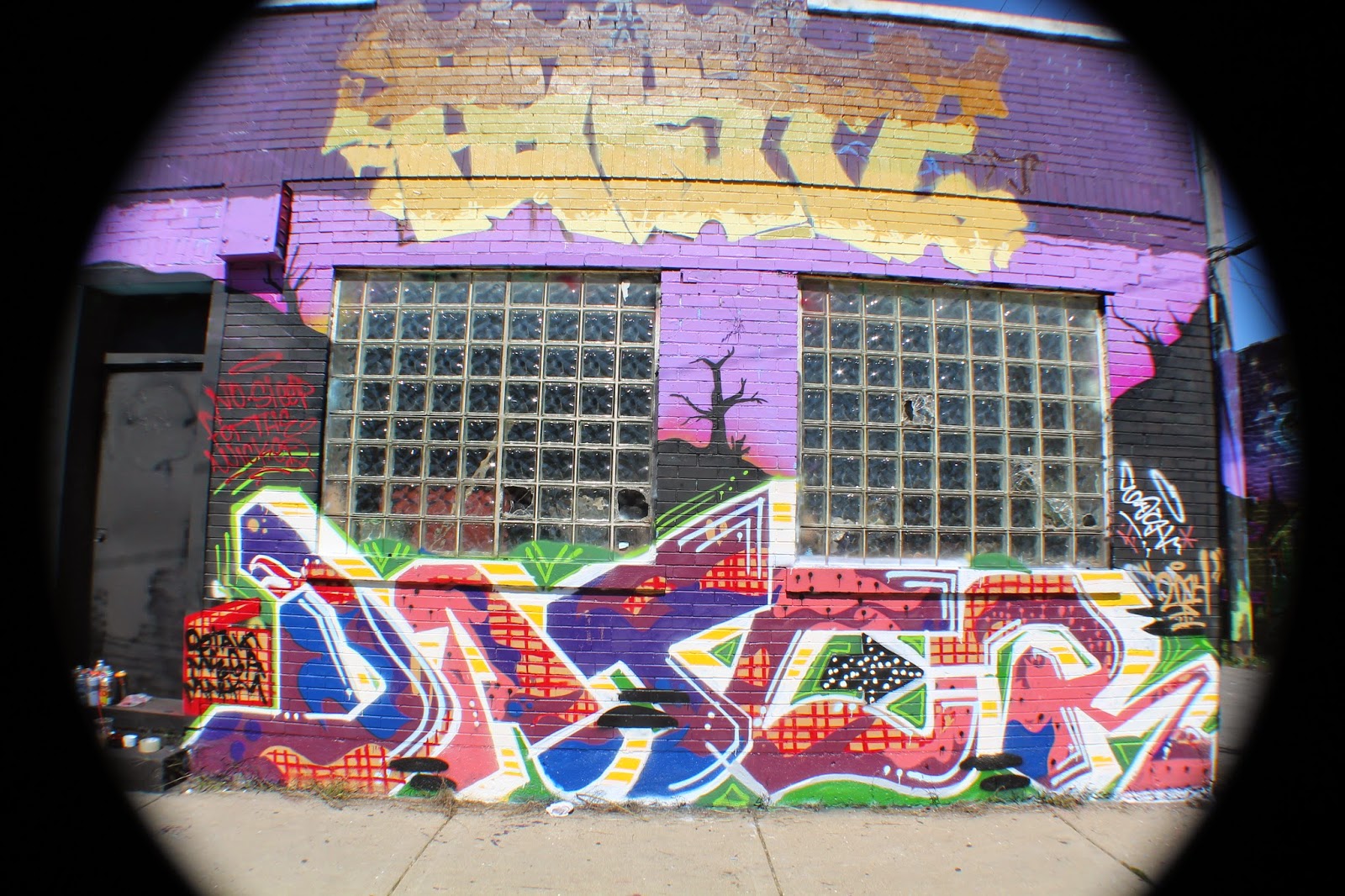 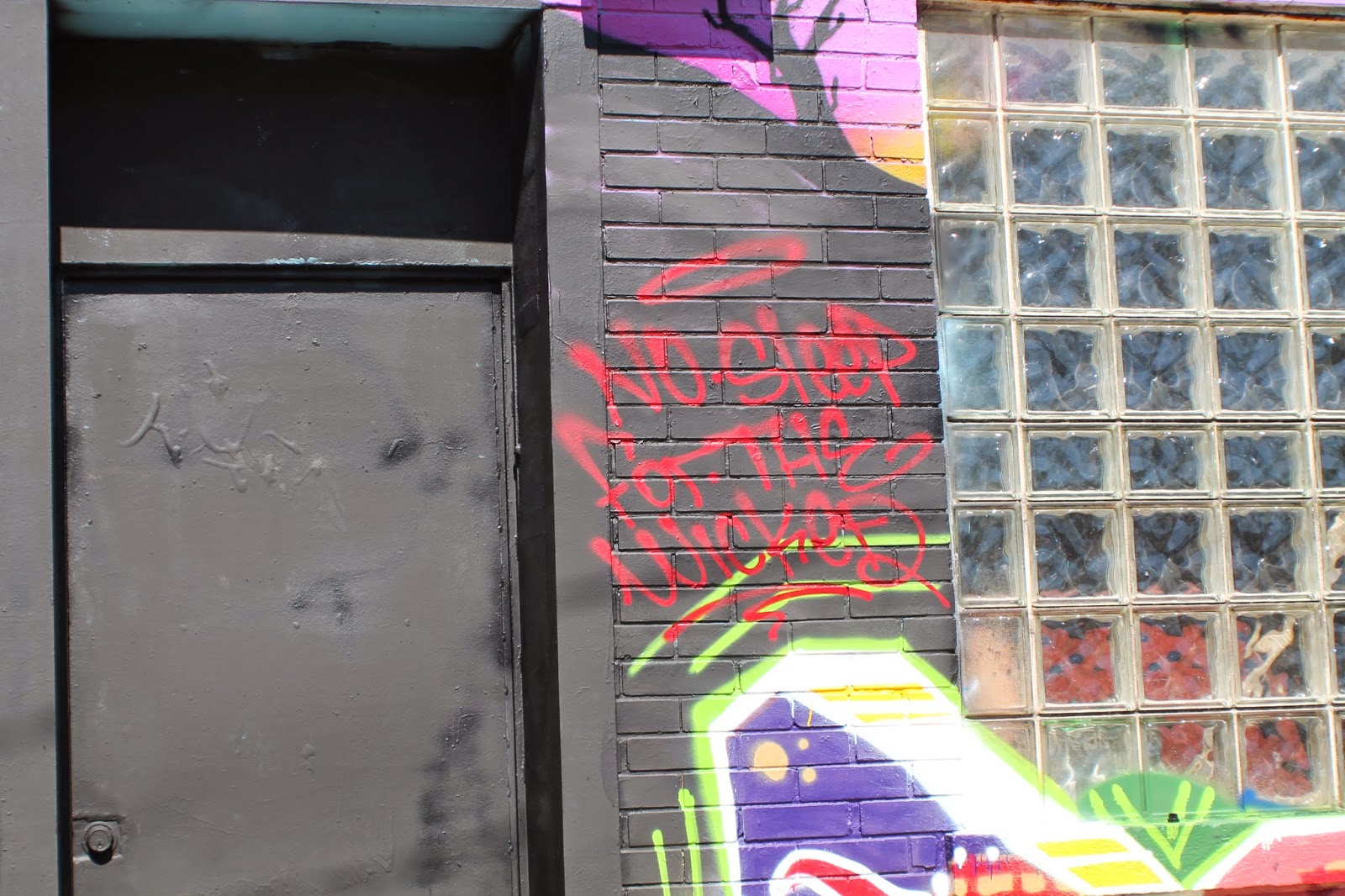 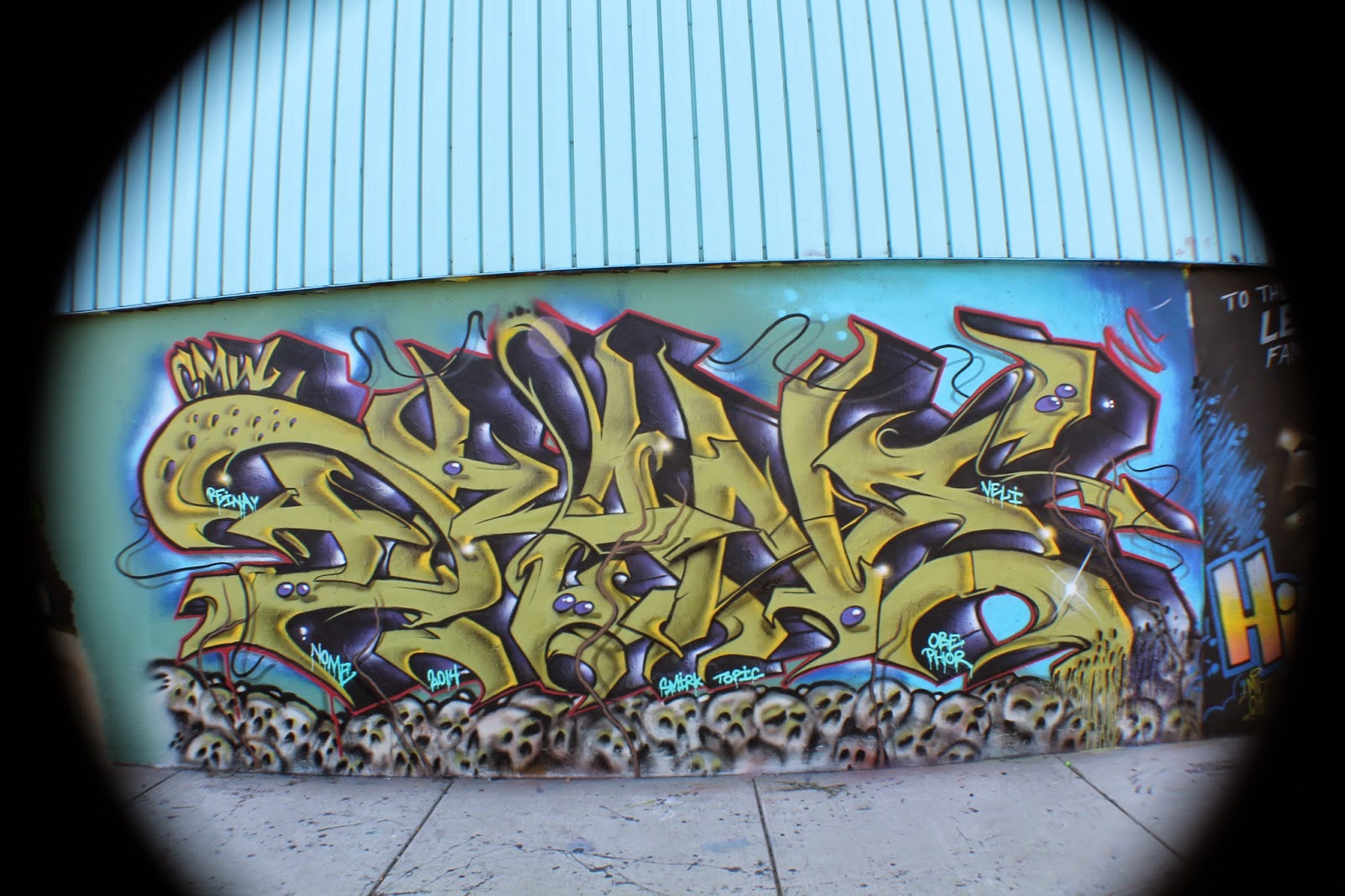 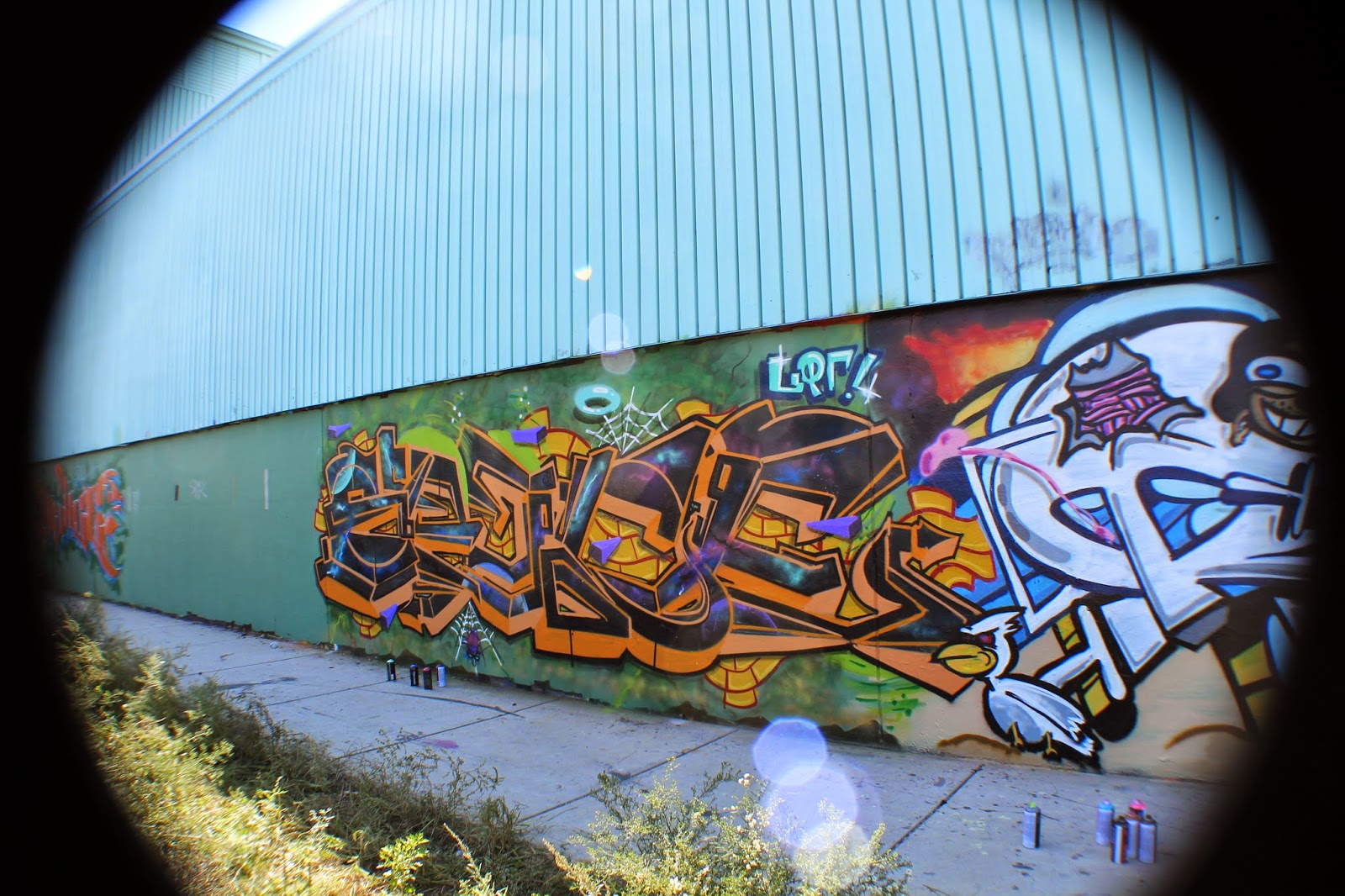 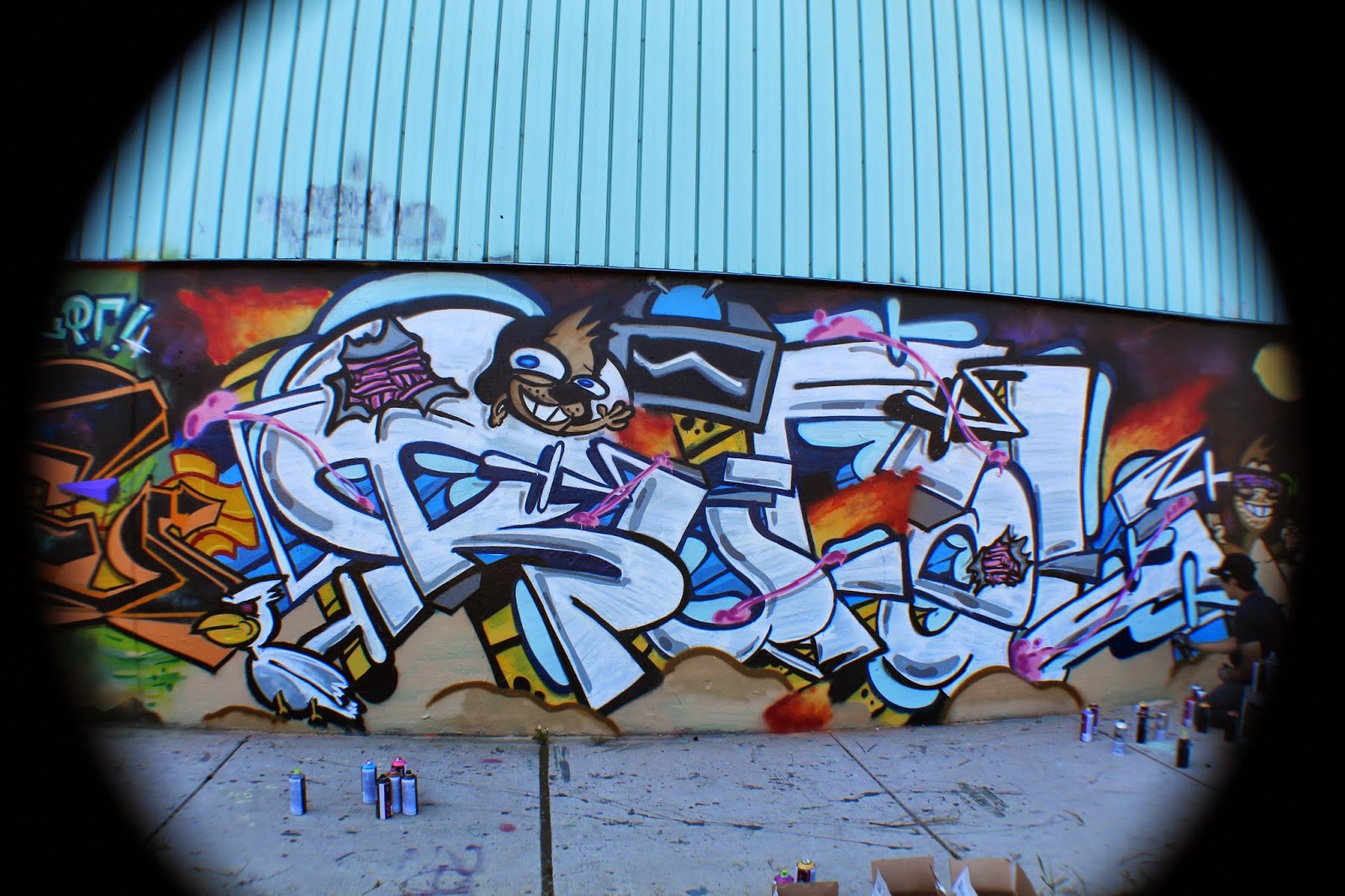 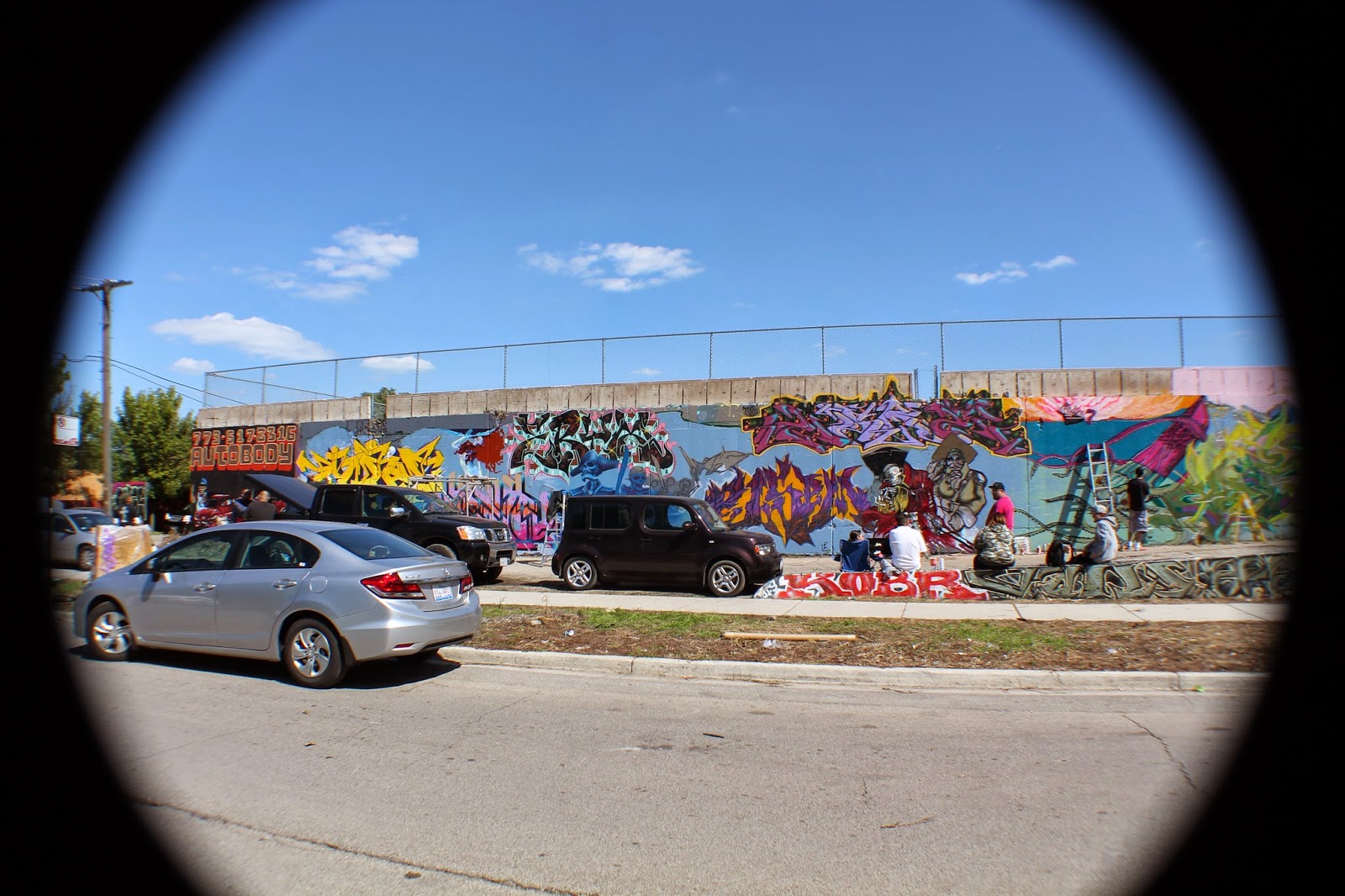 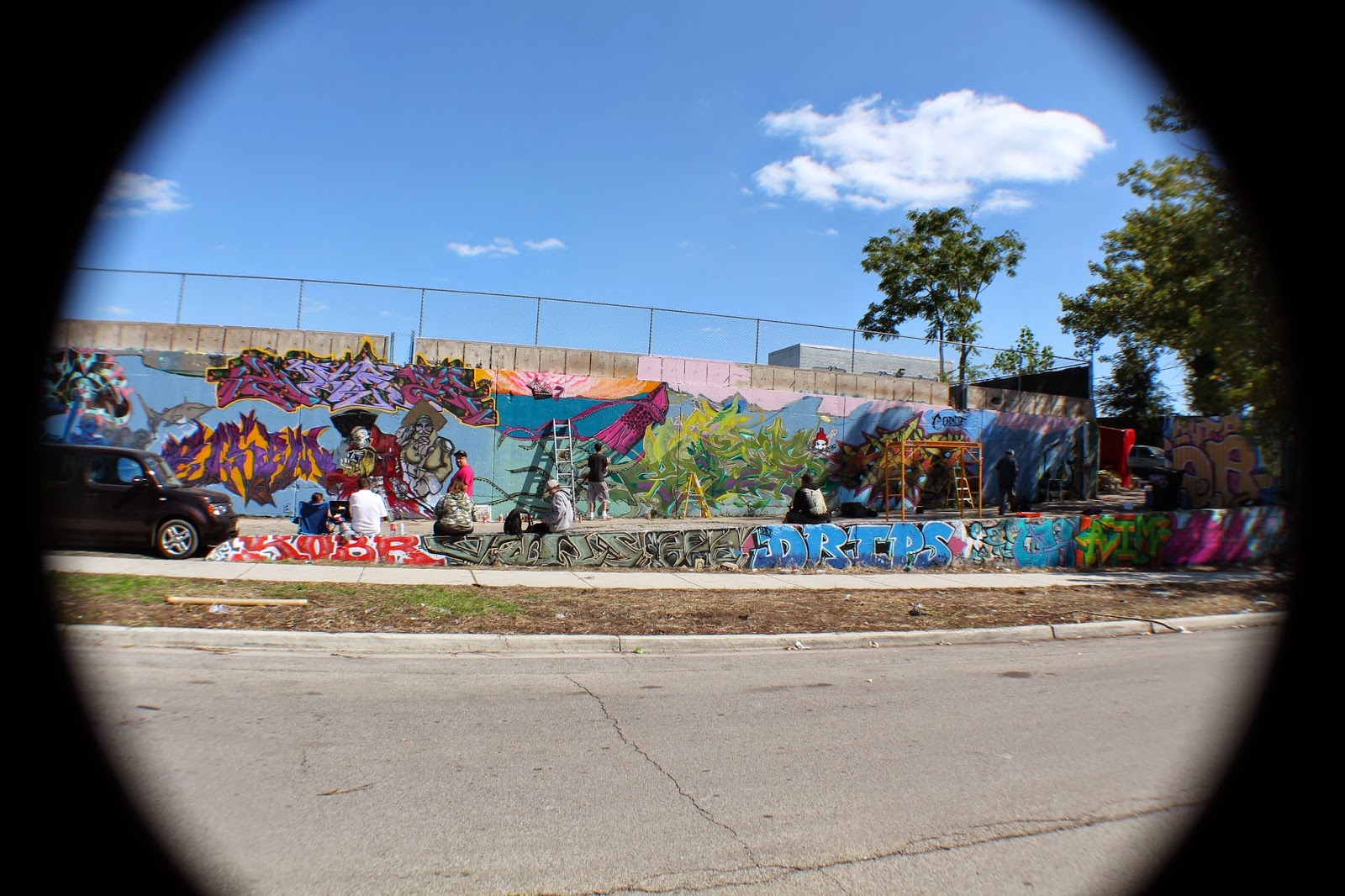 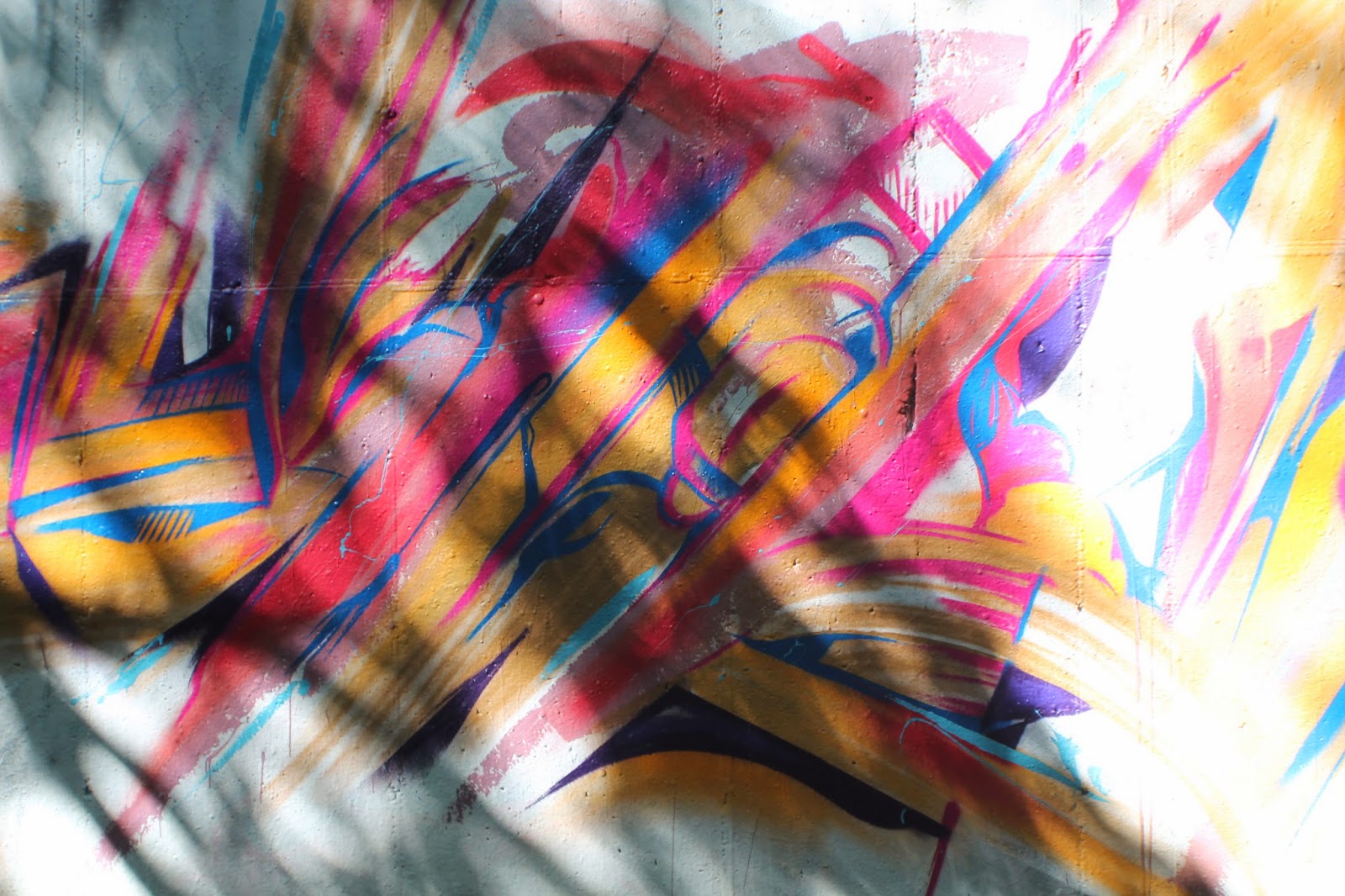 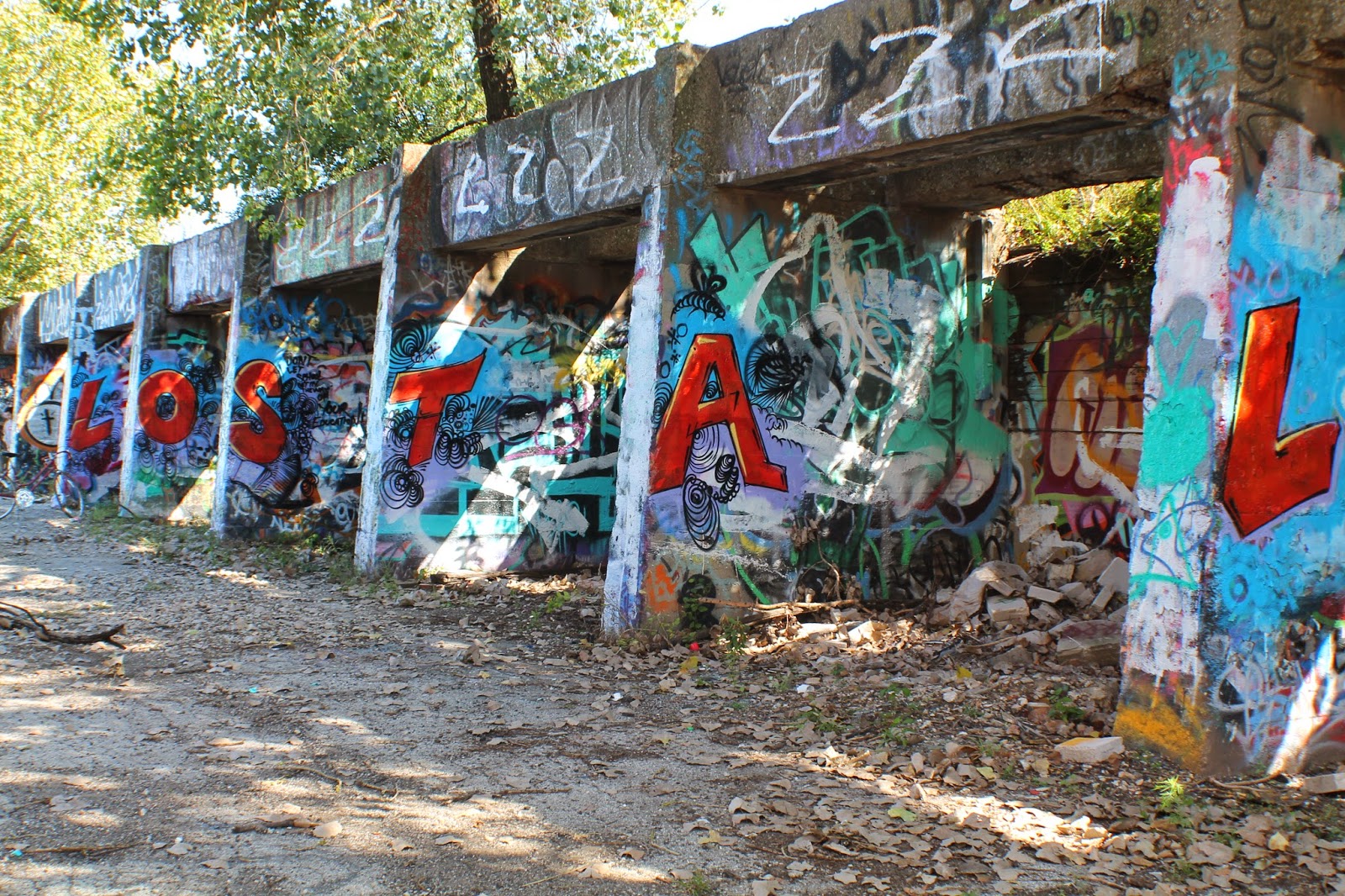 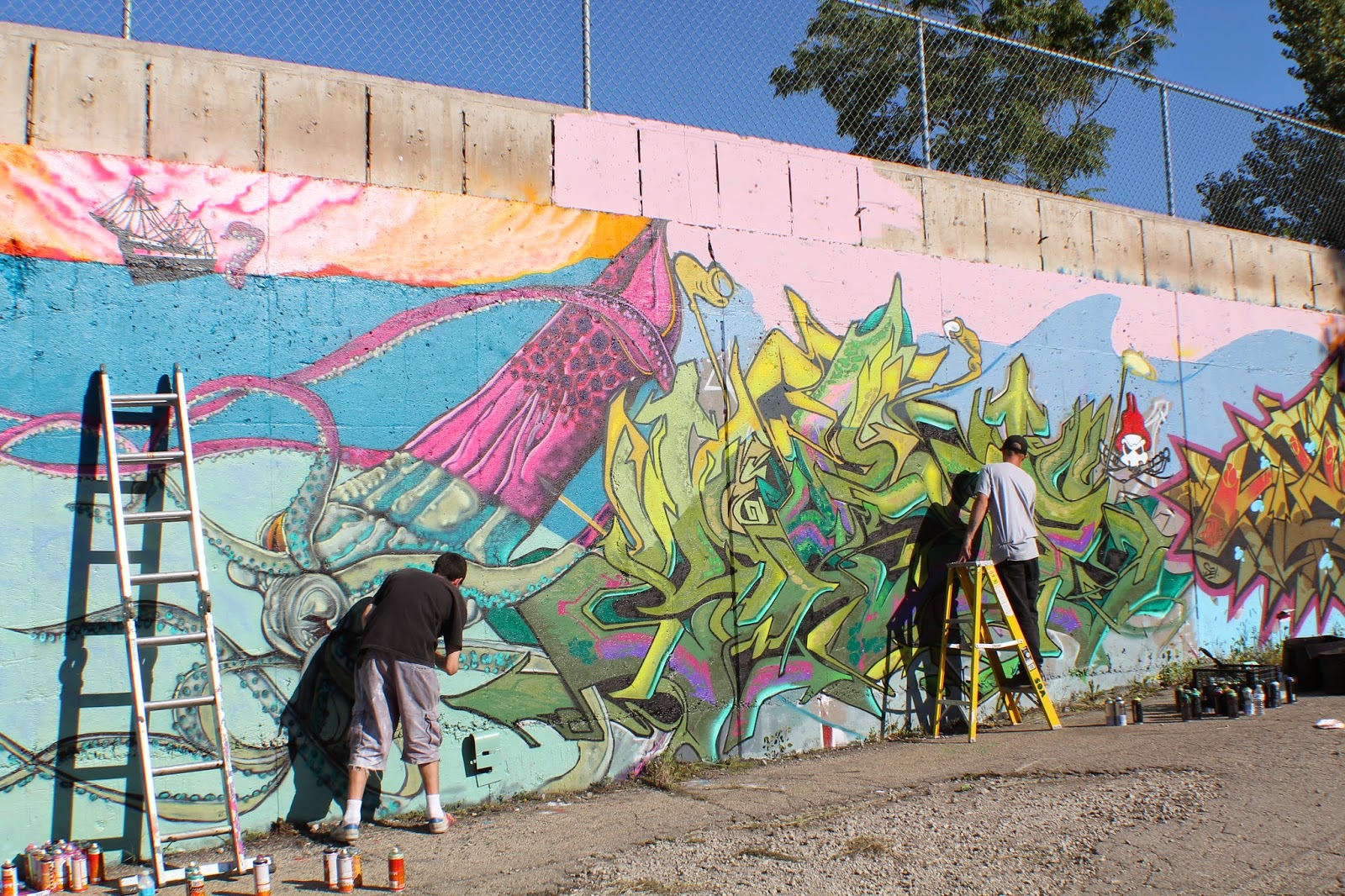 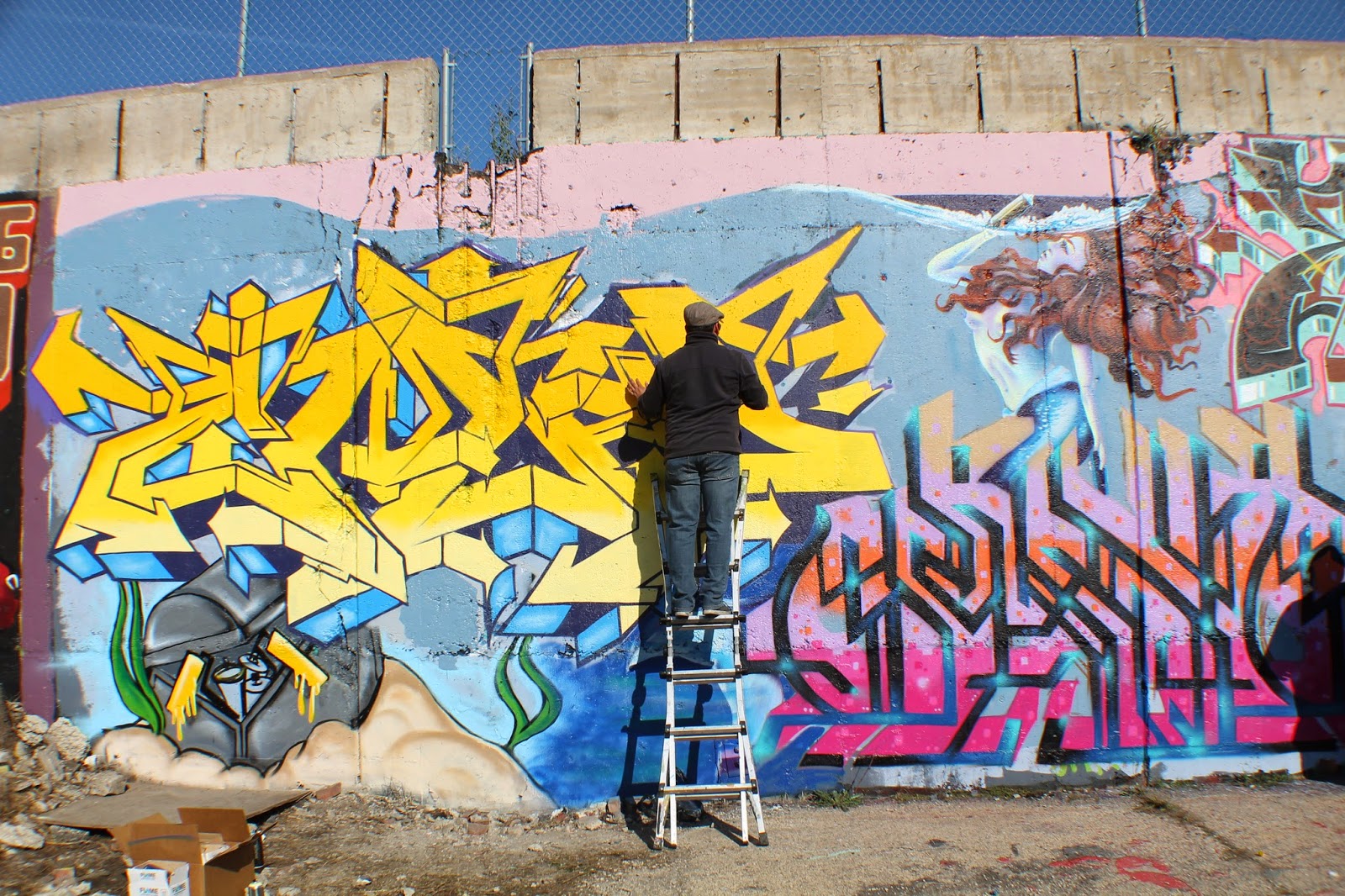 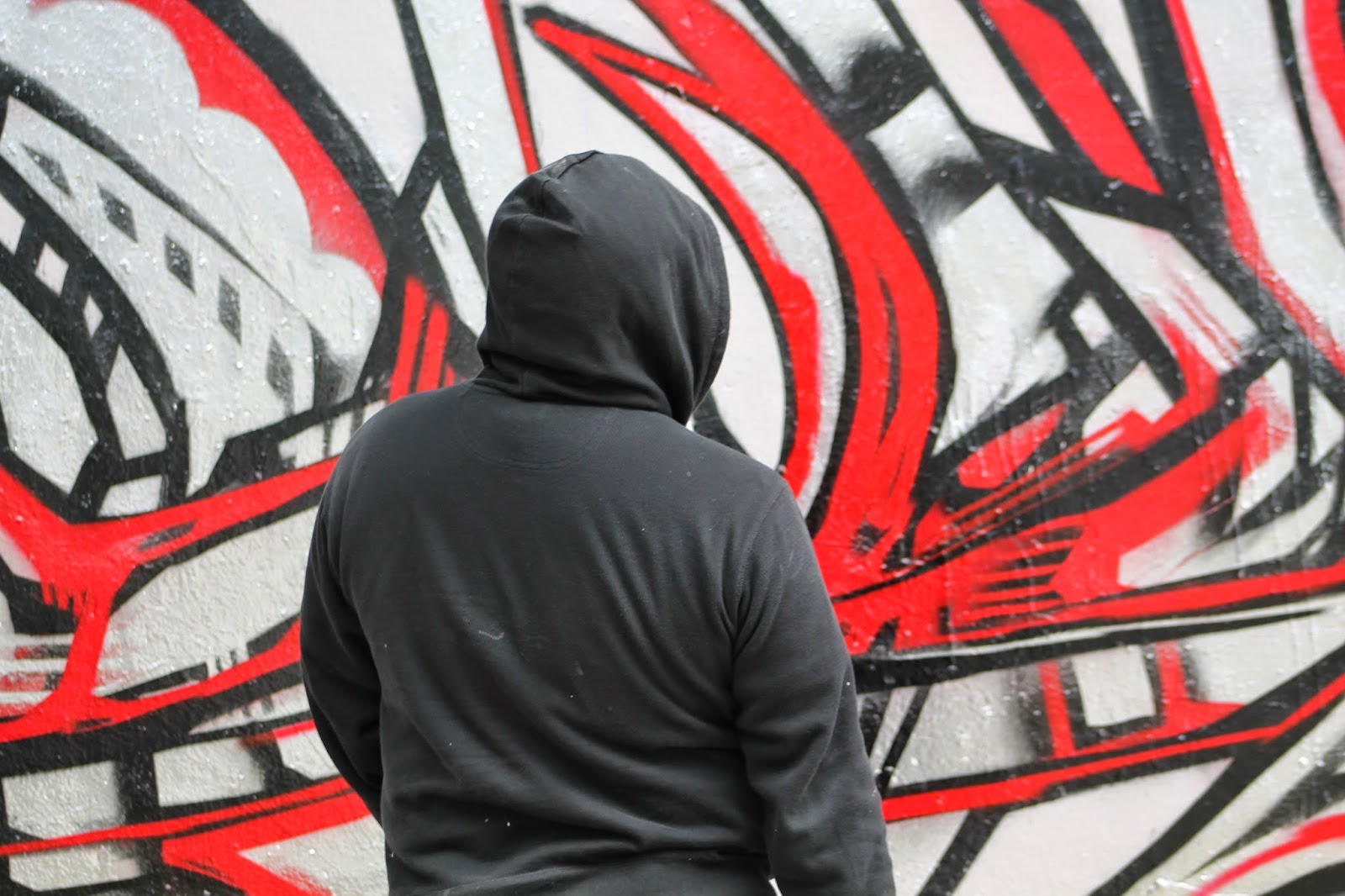 Yeah I agree Chicago is famous for official meetings, it’s one of the best happening place in world. I love the meeting rooms of Chicago. I feel so glad when any meeting is fixed there for me. I would love to attend more events and meeting there, or I can go there with my family on a trip.