In yet another dramatic performance of America's disregard for black lives, the cop who murdered Mike Brown was let go, as the grand jury investigating the case found "inconsistent stories." This technical and rigid reaction tells us much about how history continues to be very much the same in terms of the Justice system and people of color: its normal means of operation is to work against rather than with or for these populations. My family is Black, Jewish, Native American, but due to the circumstances of physiological markers, I happen to be very, very, pale, and so, I have the privilege to walk about the U.S. read as white, and thus, treated with civility (for the most part) by agents of the state. But its a privilege my father didn't have, nor many of my cousins. I remember, at age seven, when he accompanied me on a class trip to the NYC courthouse. We kids walked around the metal detector, as did our teachers and other parents. Suddenly my dad was stopped. That abrupt pause gave me the chance to look around: he was the only one with light brown skin, a leather coat, a ponytail. They made him walk through once, maybe twice, speaking to him in rough tones. That was not the only time that systemic racism impacted me, largely in public places with my father, but it was then that it became abundantly clear that people who look non-white, non-corporate, are treated as less-than. This kind of knowledge is as physical as it is intellectual, a feeling of apprehension. Last night, it emerged in weeping. Early this morning, pulled me from my bed, bile in my throat, I curled up by the toilet dry heaving. Physical manifestation of a deep disgust.

Maybe it is the genetic nature of racism, embodied memories of much more visible and no less ugly manifestations of discrimination, reminding me that these events are not exceptional, they are the norm. Even so, I respond and reflect on these events from a position of immense privilege: pale, middle class, college professor, without a brown child to worry after. Maybe this grief, an infitesimal amount compared to those of Brown's family, his town, is a reminder of what people who are read as black can never forget: that they are disproportionately vulnerable. My shock is others' everyday experience.

In Chicago this weekend at the Cultural Center an exhibit by Drury Brennan called "Die Welt" expressed the inevitable. An American Flag composed of red, white, and blue calligraphy read: "At-risk youth. Wrong place at the wrong time. Victim of circumstance. Its just so unfortunate. Homicide. Accident.Fit the profile. Self-Defense. black-on-black on Black on Black..." a flag composed of the platitudes and discursive architecture of a racism that disavows its existence. Circumstance. Accident. Profiles. These words that reduce an act motivated and grounded in hundreds of years of violence in contingency. These words are used to form the grounds and justification for a decision that many of us saw coming, though, repressed by inexplicable hope or optimism.

Glued to a live feed last night I watched the dogged protests unfold, people urging peace and respect, and the police repeating in mechanical tones "You are gathered here illegally, you have to disperse now," cloaked in riot gear, shields, military grade vehicles backing them, and they fired canister after canister of tear gas, not only into the streets which, presumably, were the only spaces "off-limits" but also onto the sidewalks, into parking lots, and even into residential areas, a display of power and privilege that makes a mockery of the idea that we are somehow fully beyond a sovereign spectacle of punishment. 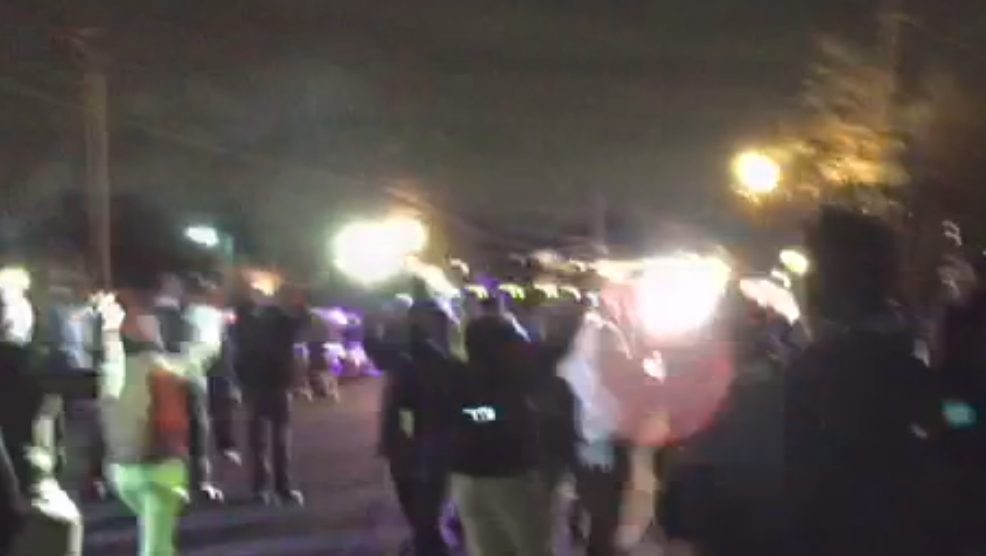 Before the announcement, Missouri Governor urged citizens to react with "their heads not their emotions." What a telling statement. If we were to react with grief, with rage, the bloodless machinery of state repression might be troubled. Moreover, it presumes that the justice system is precisely a-emotional, a Rawlsian "veil of ignorance," that wishes away the existence of bias and power that make black lives matter less, and make black bodies exist as threats unless proven otherwise. Moreover, it frames protest itself as a necessary precursor to violence and looting, and, as Obama's speech demonstrate, is a public performance that elevates property over people, a clear perspective that only further fuels the sense of protesters that they are under attack, and are bodies that do not matter.

The protesters in Ferguson have returned, again and again, to the streets, for over 100 days. I can only hope that across the U.S. the rest of us refuse to stay silent for more than 100 days, so that it becomes clear that the systemic violence against people of color is not to be tolerated for one more minute. To protest is to perform, to frame one's body as unruly, disobedient, and dissatisfied. To use our hearts, our emotions, so that they may influence, disrupt, and challenge mechanical heads to feel otherwise. 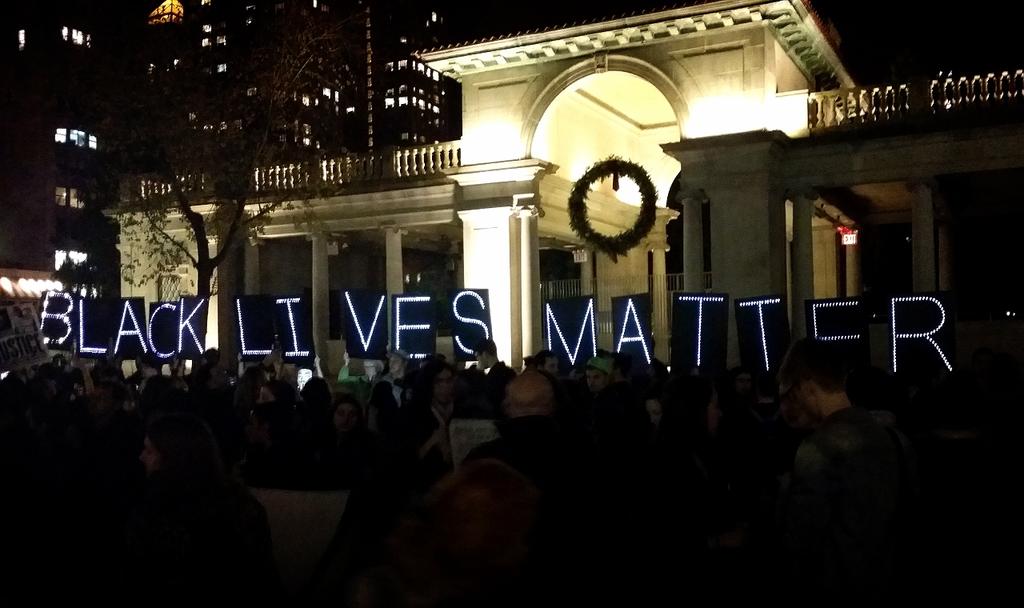